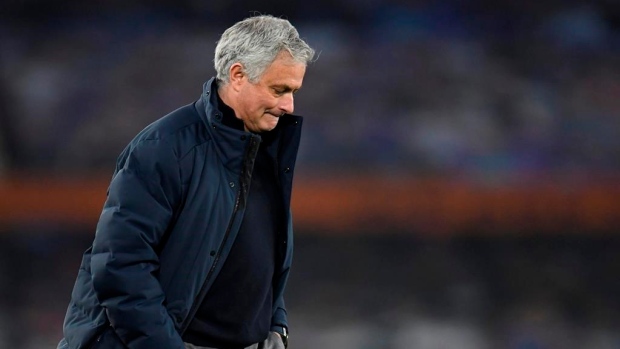 Jose Mourinho officially met the media as manager of Roma for the first time on Thursday and quickly tried to dispel the notion that he's a spent force in management.

The 58-year-old "Special One" insisted that his last two appointments - first at Manchester United and then at Tottenham Hotspur - were far more successful than people will admit.

Mourinho was sacked at Spurs in mid-April with Ryan Mason taking over on an interim basis. Former Wolves boss Nuno Espirito Santo was named permanent manager at the club last week.

Now back in Serie A for a second time, Mourinho says that his previous successes - a treble at Inter and a Champions League title with Porto among them - have been used against him.

“In my last three clubs, I won the title at Chelsea, three cups at United, a final at Tottenham, we arrived sixth, reaching the Europa League," Mourinho said. “What’s considered a disaster for me, it’s something that others have never achieved - it’s my fault."

Mourinho, who also spent three seasons at Real Madrid, takes over the Roma job from Pablo Fonseca, who was let go at the end of last season.

The Giallorossi finished seventh in Serie A last season and will play in the new Europa Conference League starting later this summer. Roma's league campaign begins on August 22.