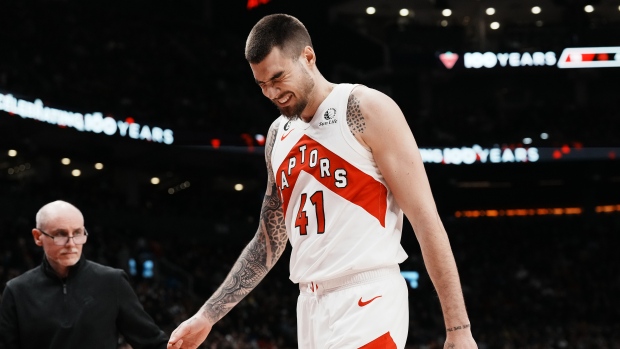 Toronto Raptors forward Juancho Hernanhomez suffered a sprained ankle Saturday night against the Orlando Magic in the first half and did not return.

TSN's Josh Lewenberg tweets he will go through further testing either Saturday night or Sunday.

Juancho Hernangomez sprained his ankle in the first half and didn’t return. Sounds like he’ll go through further testing tonight/tomorrow.

Following their bounce-back win over Orlando, the Raptors will be back in action Monday at home against the Boston Celtics.