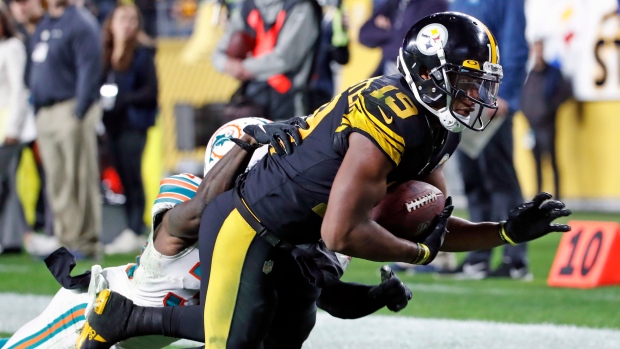 According to ESPN's Adam Schefter, Pittsburgh Steelers wide receiver JuJu Smith-Schuster suffered a setback with his knee injury at practice on Thursday and is not expected to play in Week 15 against the Buffalo Bills as a result.

Steelers’ WR JuJu Smith-Schuster now Is not expected to play Sunday night against the Buffalo Bills after he aggravated his knee injury during practice on Thursday, per source.

The team's star wideout has been out of the lineup since after Pittsburgh's Week 11 loss to the Cleveland Browns. Despite his absence, the Steelers have gone 3-0 and currently sit in the second and final wild-card spot.

The 22-year-old Smith-Schuster has a team-leading 38 receptions for 524 yards and three touchdowns. James Washington has taken over the team's lead in receiving yards with 611 on 34 catches, including 242 yards over his past three games.

Smith-Schuster  tweeted earlier this week that he was trying his "best to make it back by Sunday."

Miss you Steelers Nation... ❤️ Can’t wait to be back on the field in front of the best fans in the NFL, trying my best to make it back by Sunday 💛🖤 #HereWeGo pic.twitter.com/VbmYmjNWrU

Sunday's matchup could prove key in the playoff picture, with the Steelers currently sitting one game back of the Bills for the top wild-card spot.