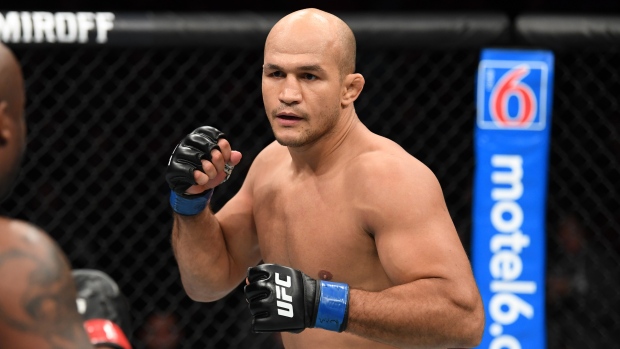 After being forced out of the main event of November’s UFC event in Moscow, Junior dos Santos will return to face Curtis Blaydes in the marquee bout in Raleigh, North Carolina on January 25, the promotion announced on Wednesday.

Dos Santos, a former UFC heavyweight champion, enters the contest off a first round TKO loss to Francis Ngannou that he suffered in June in Minneapolis.

Prior to his loss to Ngannou, the 35-year-old was riding a three-fight winning streak that saw him earn victories over Derrick Lewis, Tai Tuivasa and Blagoy Ivanov.

Blaydes has won his last two fights heading into the January main event.  He defeated Shamil Abdurakhimov via TKO in the second round at UFC 242 in September and Justin Willis via unanimous decision at Fight Night: Thompson vs. Pettis in Nashville in March.

The 28-year-old has suffered two defeats in his professional MMA career, both at the hands of Ngannou.  He holds a 12-2 record with one no-contest.

The UFC has also announced that former lightweight champion Frankie Edgar will make his bantamweight debut in Raleigh against Cory Sandhagen.

Edgar challenged Max Holloway for the featherweight belt in his last fight at UFC 240, but was defeated via unanimous decision.

Sandhagen is on a seven-fight winning streak, including all five of his bouts since joining the UFC.

The no. 3 ranked bantamweight defeated Raphael Assuncao in his last fight, which was at UFC 241 in August.

The card is scheduled to take place at PNC Arena and will be the UFC’s first card of 2020.