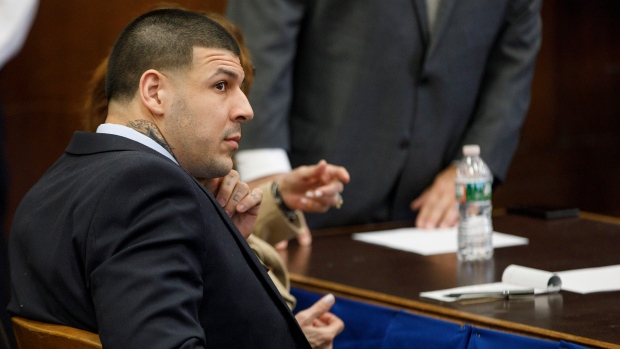 BOSTON — The jury in the double-murder trial of ex-NFL star Aaron Hernandez has begun its fifth day of deliberations.

The former New England Patriots tight end is accused of shooting two men in Boston in 2012. Hernandez's lawyers say a former Hernandez friend shot the men over a drug deal.

In court Thursday, the judge said a clerk received a call from Patriots coach Bill Belichick's attorney asking if Belichick faces consequences for not appearing in court. Hernandez's lawyers tried to subpoena him late in the trial.

Attorney Jose Baez said the defence wasn't able to serve Belichick with a subpoena. He said he didn't push for Belichick's testimony because it wasn't important to the defence.

Hernandez already is serving a life sentence in a 2013 killing.