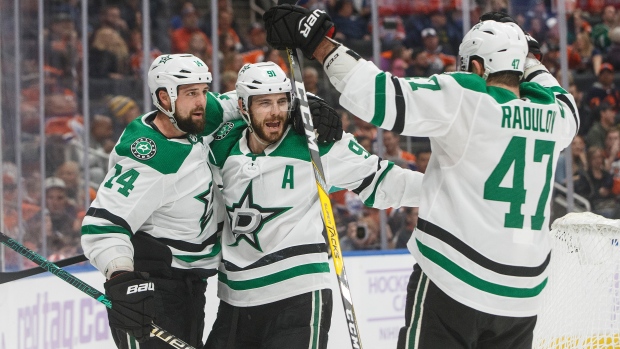 - It wasn’t too long ago that the Dallas Stars’ players were being yelled at by management. Now the Stars have just one regulation loss in their past 13 games (11-1-1) and they’re 8-0-1 over their last nine. They’ve given up one goal in eight of the 13 games during this run, and have allowed 16 goals at even strength. They’re also lighting the lamp, scoring four or more goals in seven of the 13 games. Ben Bishop is 6-1-0 in his last nine starts with a 1.70 GAA and a .948 SV%. He was pulled twice, leading to two no decisions, but Dallas won both of those games.

- Remember when the Islanders were 1-3-0 back on Oct.11? The team has gone 14-0-1 since then. The Islanders won their last two games in Pennsylvania despite being down 2-0 at the end of the first period in both instances. The Islanders even fell behind 3-0 to the Flyers and still came back. Nine of their past 15 games have been decided by one goal, including the last five games, where the Islanders are 4-0-1. No player on the Islanders is averaging a point per game and no player has hit double digits in goals. Is it too early to name Barry Trotz coach of the year?

- The Maple Leafs have gone 0-5-1 in their last six games, and find themselves under .500 (9-10-4) for the first time since they were 3-4-3 in 2016-17. The last five games have all been regulation losses where Toronto has surrendered four or more goals against. The Leafs have also managed two or fewer goals in four of the losses. Toronto is struggling mightily on special teams during the stretch, with their penalty kill barely above 50 per cent at 9-for-16 and their power play going just 3-for-16.

- The Calgary Flames are the opposite of on fire. The team is 0-4-1 in their past five games, scoring just five goals. The Flames have also been shut out twice and their power play is 1-for-13 in that stretch. Calgary went almost eight straight periods without a goal. The Flames’ big three on offence aren’t getting anywhere near the net lately. Johnny Gaudreau has one assist and just nine shots on net in the past five games. Sean Monahan has two points over that same stretch. Matthew Tkachuk has no points and four shots on net in the past three games.