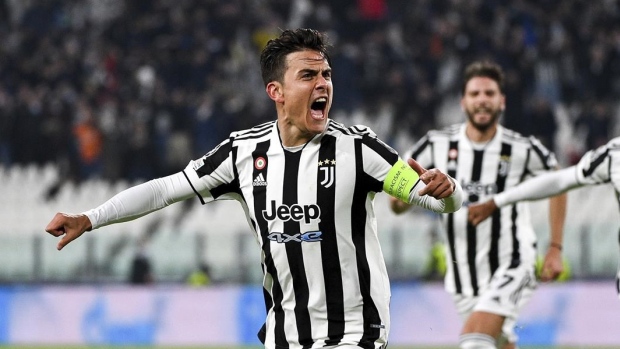 The victory was a measure of relief for a Juventus squad that has lost two straight in Serie A and is falling out of contention domestically.

Federico Chiesa and Alvaro Morata also scored for the Bianconeri.

Juventus has now won all four of its matches to lead Group H by three points ahead of defending champion Chelsea, which won 1-0 at Malmo earlier.

Juventus has a full 12 points, Chelsea has nine, Zenit has three and Malmo has zero.

With Giorgio Chiellini on the bench, Dybala wore the captain’s armband and he appeared inspired from the start.

Dybala hit the post nine minutes in then put Juve ahead two minutes later, using one touch to redirect a loose ball in the center of the 18-yard box following a corner.

It was all Juventus at the start and Zenit was fortunate to equalize before producing a shot on goal, as Leonardo Bonucci headed into his own net in a failed clearance.

After the break, Chiesa won a penalty and Dybala converted on his second attempt after a retake was ordered due to encroachment after his first shot went wide.

Morata added another for Juve eight minutes from time, redirecting a ball that came over the top.

Sardar Azmoun pulled one back for Zenit in stoppage time.