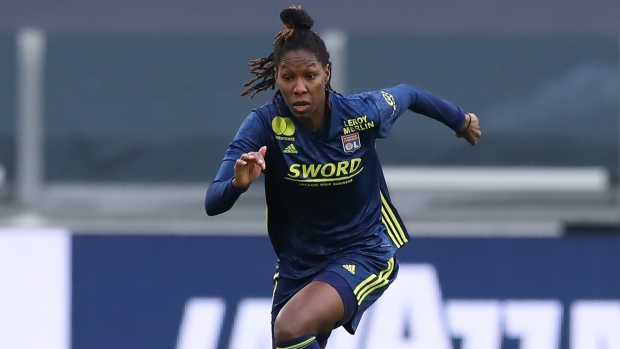 The 25-year-old from Brampton, Ont., opened the scoring off a corner after goalkeeper Carolina Vilao's attempted clearing punch only sent the ball off the back of teammate Catarina Amado. The ball dropped to Buchanan's feet and she poked it in.

Buchanan, who has four goals in 109 appearances for Canada, scored off another corner in the 63rd minute — rising high to scored with a downward header.

Also Wednesday, Canadian midfielder Jessie Fleming came on in the 66th minute and was involved in Pernille Harder’s 69th-minute winner in Chelsea's 2-1 win at Juventus in Group A play.

"Listen, it looks like our players are on fire," said Canada coach Bev Priestman. "I think that (Olympic) gold medal might have helped some confidence."

This report by The Canadian Press was first published Oct. 14, 2021