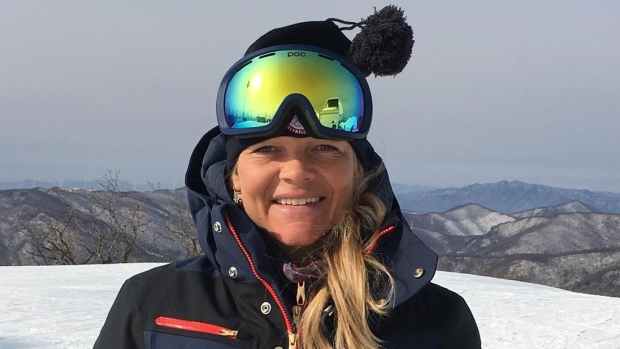 Harjo was named the new head coach of Canada's women's Alpine ski team on Wednesday morning after more than a decade with U.S. Ski and Snowboard. Harjo's new appointment makes her the first-ever woman to lead a national ski team at the World Cup level.

"Talk about dream jobs and this, this is a dream job I thought I'd never have and here I am," said Harjo. "So I'm really thankful to everyone for the opportunity."

Harjo worked as U.S. Ski and Snowboard's Western Region Alpine Coach from 2011-2015 before becoming an assistant coach with the American women's Alpine team. As part of the U.S. team she worked with former world champions Lindsey Vonn and Mikaela Shiffrin, two of the biggest names in the sport's history.

She joins Canada's program shortly after the Beijing Olympics where Toronto's Jack Crawford was the only Canadian to earn a medal, taking bronze in the men's combined.

"My goals are to help these women achieve the top, so that in four years we're vying for those podiums at the Olympics," said Harjo, referring to the 2026 Milano-Cortina Games. "I truly believe they have the capabilities to do that. They're already getting incredible results at the World Cup level, we've got young women all the way from the development system on up that are getting great results.

"The way I look at it is I have to provide an environment, a team, that will help them reach that."

Phil McNichol, the national sports organization's high performance director, Alpine, said that it wasn't easy to find someone who understands athlete development but has also helped manage technical and speed skiers on the World Cup level. He feels that Harjo brings that and a lot more to Alpine Canada.

"More important to me was just her demeanour and her approach around an athlete centred, culturally focused, holistic approach," he said. "It's easy to get hung up and spend a lot of time on the X's and O's, the technical, tactical, fitness pieces.

"But behaviour, attitude, lifestyle, the whole package is what develops great people, which you need to be to be a great competitor. You need to be grounded in how you do things, how you believe in things and how you can push yourself beyond your limits."

Harjo agrees with McNichol, especially in light of recent controversies that have embroiled other national organizing bodies like Bobsleigh Canada Skeleton and Gymnastics Canada.

"The essence of a team is something where everyone is engaged, everyone has a voice, everyone's heard and everybody contributes to that," said Harjo. "That's something where regardless of what role you have in the team, whether it's as a staff member or if you're an athlete, that for me is No. 1.

"You can't ever lose sight of that because we're all working toward similar goals together."

This appointment isn't the first time Harjo has been a trailblazer. In 2016, she became the first woman to set a FIS Women’s World Cup technical course for the first slalom run in Flachau, Austria.

Harjo hopes that becoming the first-ever woman to lead a World Cup team will inspire others to pursue their dreams.

"I do believe that it does allow a vision for other coaches that want to pursue a full-time career in this sport, and that there is no level that you can stop at or that you have to stop at," she said. "'And I think that's the exciting thing: anything's possible.

"It's a matter of working hard and believing in the process and doing what you love."

The women’s Canadian alpine team concluded the 2021-2022 season with six athletes qualifying for the World Cup finals and three women ranked in the top 15 in the world: Ali Nullmeyer 11th in slalom, Valérie Grenier 12th in giant slalom, and Laurence St-Germain 15th in slalom.

Also, emerging racers Cassidy Gray and Justine Lamontagne led Canada to the top of the podium with a gold medal in the mixed team event at the world junior championships held at Panorama, B.C. in early March.

Harjo will join the team immediately and prepare to lead the group’s first training camp in late April in Alberta.