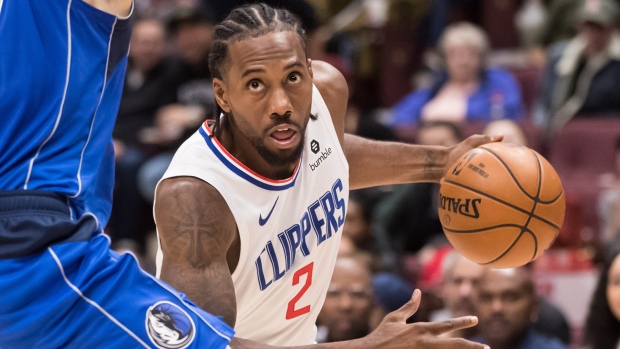 As Kawhi Leonard gets set to face his former team for the first time Monday Night in Los Angeles, he reiterated his fond memories of the organization, city and country as a whole.

"The guys, the journey, also the country, the city, it was amazing," Leonard told reporters Saturday. "There's just so much you could keep going on and talking about."

Kawhi on what he'll remember about his time in Toronto, outside of the championship: "The guys, the journey, also the country, the city, it was amazing. There's just so much you could keep going on and talking about it."

"I never went in with a negative mindset. Playing with Cory Joseph in San Antonio, him being from that area in Toronto, I knew what the city brought... So I always felt positive with the trade. The front office I knew was great already with Masai being in there."

Leonard added that he continues to feel the love from the Canadians he runs into down south, telling him how much they appreciate what he did for the team and for the country by leading the Raps to their first championship in franchise history this past summer. Still, he doesn't find himself having second thoughts about his decision.

"I'm able to see my family after the games. I'm in Southern California, beautiful weather, I'm at my house. So everything's been good," Leonard said.

When it comes to Monday's game, there aren't any surprises with how he's treating it.

"It's a former team that I won a championship with, but it's [like] any other game. It's going to be fun to see the guys again and congratulate them and be able to shake hands and compete."

"OG is finally getting a chance to play every game, a lot of minutes, so his improvement is going to keep getting better, as well as Pascal. Him being the No. 1 option there is great for him. He's going to learn and keep growing."

While Monday night will be a bit of a trip down memory lane for Leonard, the real moment of reflection will likely come on Dec. 13 when he makes his return to Scotiabank Arena.

L.A. will enter play Monday at 6-3, while Toronto comes into the matchup at 6-2.