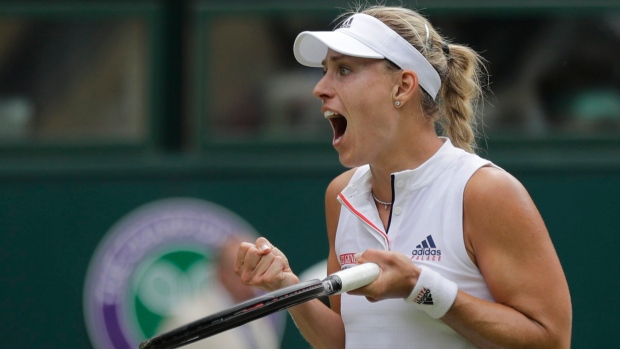 Angelique Kerber advanced to her second Wimbledon final with a 6-3, 6-3 victory over Jelena Ostapenko.

Two-time Grand Slam champion Kerber made just seven unforced errors as she saw off an early barrage of Ostapenko winners to break twice in the first set.

The pattern continued in the second set as 2017 French Open champion Ostapenko’s unforced errors — which totaled 35 by the end of the match — gave Kerber two more breaks of serve for a 5-1 lead.

Playing her first Wimbledon semifinal, 21-year-old Ostapenko rallied to save a match point and break Kerber’s serve for the first time, but the German saved a break point as she served out the match at the second attempt.

Kerber will now face seven-time champion Serena Williams, who she lost to in the 2016 final.