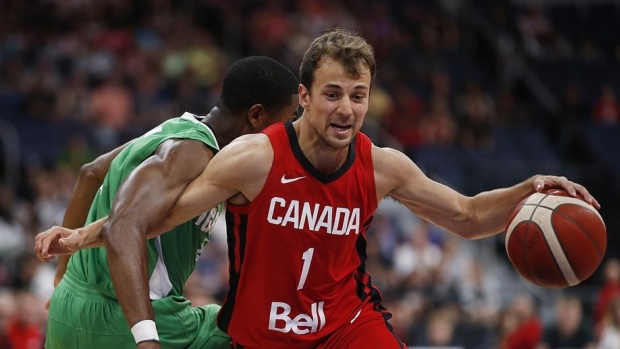 The Cleveland Cavaliers signed the 28-year-old guard, who'd spent the past six years playing in Europe, to a two-year deal on Wednesday, according to his agency Priority Sports.

"Hard work pays off," the agency tweeted, in announcing the news.

The native of Holland Landing, Ont., carved out an impressive career in Europe. He played for Gran Canaria, Zalgiris Kaunas, FC Barcelona and most recently for Zenit Saint Petersburg, where he earned all-EuroLeague first team honours after averaging 13.5 points and 6.6 assists per game.

After a standout career at Gonzaga that saw him set a school record for three-pointers made -- 322, which he still holds -- the six-foot-two Pangos went undrafted in the 2015 NBA draft.

He played for Canada's age group teams then took a five-year hiatus from the national program before returning in 2018 to help Canada clinch a berth in the 2019 FIBA World Cup, in which he also played.