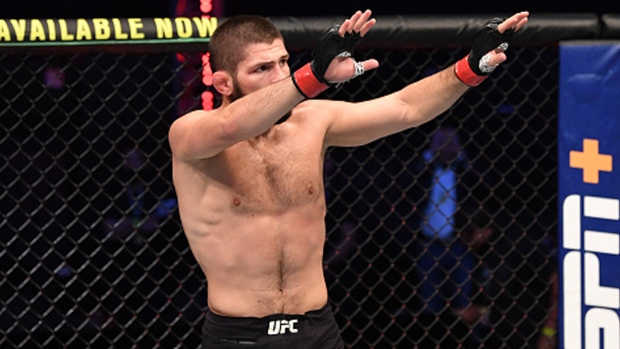 Undefeated UFC lightweight champion Khabib Nurmagomedov has been elevated to the number one spot in the newest men's pound-for-pound rankings.

The 32-year-old, who announced his retirement following his victory over Justin Gaethje at UFC 254 on Saturday, supplants former light heavyweight champion Jon Jones for the top spot in the newest rankings dated October 26th.

Nurmagomedov has won all 13 of his fights since making his UFC debut in January of 2012.

"It was work of my life, I never got anything easy, and nothing was given to me because I'm nice guy," Nurmagomedov posted on Instagram. "Hard work, hope for Allah and patience, this three ingredient helps me to get successful, and of course, control and advises from my Father, who invested in me a lot of time and work."

After improving his record to 29-0, announced he was stepping away from fighting after making a promise to his mother, following the passing of his father.

"This is my last fight," Nurmagomedov said following the victory. "There's no way I'm going to be back without my father. I spoke to my mother. She don't know how I fight without father, but I promised it's going to be my last fight, and if I give my word, I have to follow it."