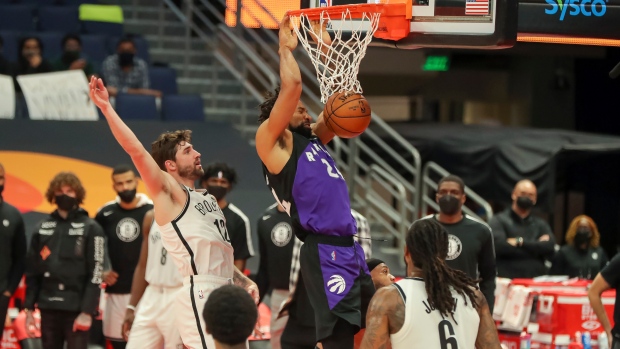 Free agent Canadian centre Khem Birch is returning to the Toronto Raptors on a three-year, $20 million contract, according to ESPN's Adrian Wojnarowski.

The 28-year-old native of Montreal averaged 7.2 points, 5.8 rebounds and 1.3 assists over 67 games split between the Orlando Magic and Raptors last season.

Toronto acquired Birch off waivers from Orlando in April and he played the last 19 games of the season with the Raptors.

The Magic signed the undrafted Birch in 2017 and he would go on to average 4.7 points, 4.4 rebounds and 0.9 assists over four seasons and 188 games in Orlando.