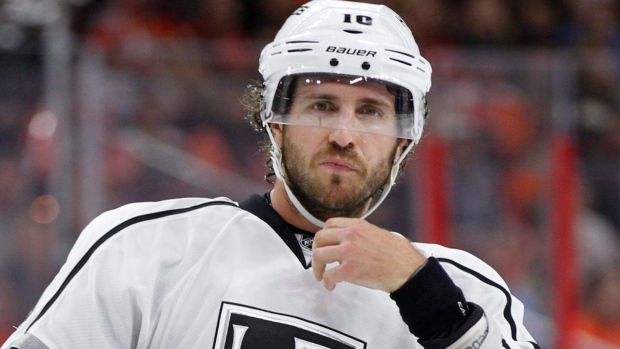 LOS ANGELES, Calif. - Center Mike Richards and the Los Angeles Kings settled their dispute Friday over the termination of Richards' contract after his arrest in June.

The NHL Players' Association announced the settlement without disclosing the terms. Richards, who had five years and $22 million left on his contract, officially became an unrestricted free agent.

"The terms are agreeable to all parties," the Kings said in a terse statement.

The settlement finally ends Richards' tumultuous four seasons with the Kings, who acquired him from Philadelphia in 2011. He played an important depth role on two Stanley Cup championship teams, even while his scoring production declined precipitously from his best days with the Flyers.

Richards lost his job entirely in Los Angeles last season, getting sent to the AHL after his massive contract cleared NHL waivers. He returned late in the season, but did little while the defending Stanley Cup champion Kings missed the playoffs.

Richards agreed to a 12-year, $69 million contract extension with the Flyers in December 2007. He had four consecutive 20-goal seasons in Philadelphia, reaching 30 goals twice and scoring 80 points during the 2008-09 season.

He never scored more than 44 points in a season with Los Angeles, although coach Darryl Sutter praised his two-way play and leadership during the Kings' three-year run of playoff excellence.

Richards is a free agent, but his hockey future is uncertain. His case in provincial court in Emerson, Manitoba, has been put off until Dec. 8.