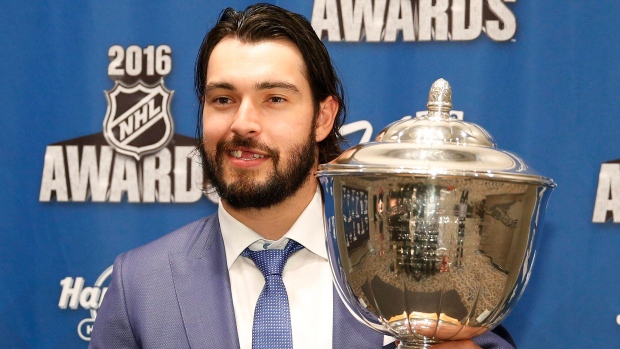 LAS VEGAS — Drew Doughty won his first Norris Trophy at the NHL Awards on Wednesday as the league's top defenceman.

The 26-year-old Doughty was named on 147-of-150 ballots and received 93 first-place votes for 1,254 voting points, enough to edge defending Norris Trophy winner Erik Karlsson of the Ottawa Senators and Brent Burns of the San Jose Sharks.

Doughty, who had 14 goals and 37 assists while playing in all 82 games, captured his first Norris Trophy in his third time as a finalist. He is the second player in franchise history to win the Norris, joining Rob Blake (1998).

Karlsson had 16 goals and 66 assists for Ottawa to lead all defencemen in scoring, while Burns had 27 goals and 48 assists for the Sharks this season.