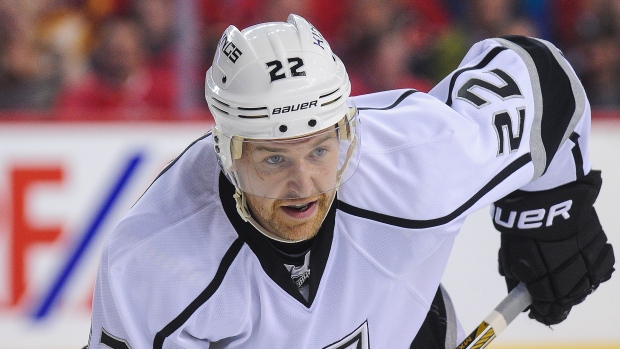 The Los Angeles Kings announced on Nov.16 that forward Trevor Lewis is out indefinitely with a fractured foot.

He suffered the injury at the Kings' morning skate when he was hit by a puck. He is currently listed as week-to-week.

Lewis, 31, has appeared in 17 games this season, scoring three points. He has spent his entire NHL career with Los Angeles.

The Kings also announced that they called up goaltender Cole Kehler from AHL Ontario.