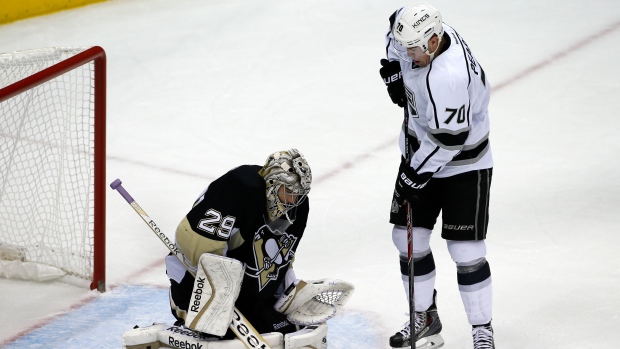 Tanner Pearson has signed a two-year contract extension with the Los Angeles Kings worth an average annual value of $1.4 million.

Pearson has scored 12 goals and added four assists in 42 games with the Kings this season.

He has appeared in 67 career games with the Kings, scoring 15 and adding eight helpers.

Originally selected 30th overall by the Kings at the 2012 NHL Draft, Pearson scored four goals and eight assists in 24 playoff games with the Kings last season, helping lead the franchise to its second ever Stanley Cup.

He retained his rookie status this season by playing exactly 25 games in 2013-14. Eligibility for the Calder Memorial Trophy as NHL Rookie of the Year dictates that a player must have played more than 25 games in a previous season to no longer be considered a rookie. He was named the NHL's Rookie of the Month for November, 2014.