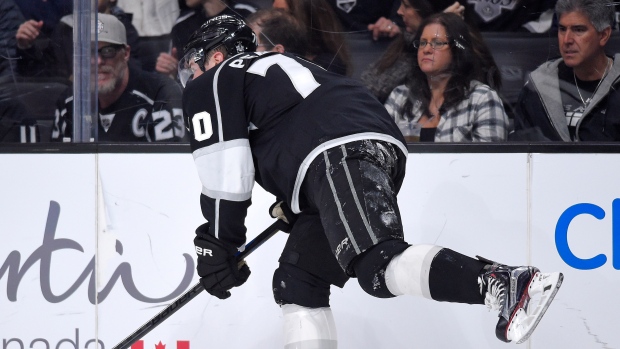 Los Angeles Kings winger Tanner Pearson will have a hearing with the NHL's Department of Player Safety after an illegal check to the head on Edmonton Oilers defenceman Brandon Davidson.

Pearson received a game misconduct after appearing to hit Davidson's chin with his shoulder halfway through Sunday's game.

Davidson, 25, netted four goals and seven helpers over 51 contests last season with the Oilers, his second year with the club.