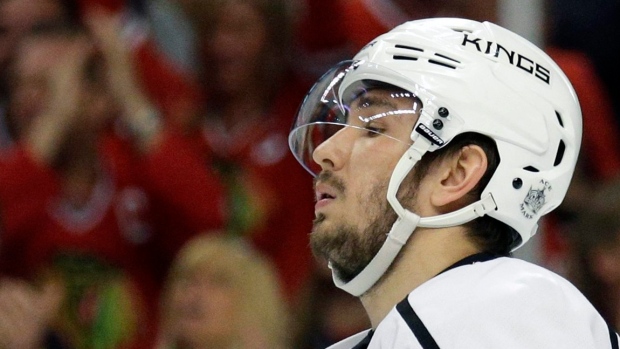 Voynov has been suspended for the past 70 games following his arrest on domestic violence charges. The two-time Stanley Cup champion is allowed to work out at the Kings' training complex without his teammates during his suspension.

Voynov's trial was postponed again Wednesday, moving from April 21 to July 6, according to the Los Angeles Times. Voynov and his wife appeared in court together.