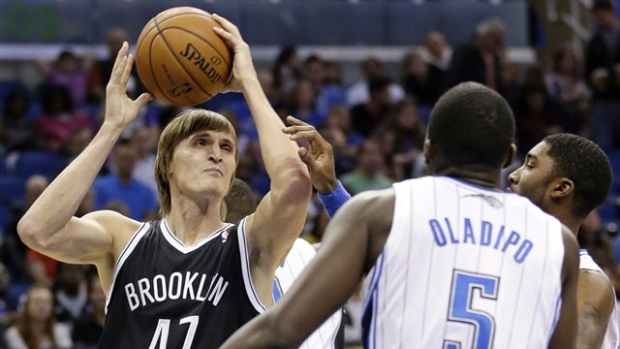 MOSCOW - Former NBA All Star Andrei Kirilenko has signed for CSKA Moscow in his native Russia after being waived by the Philadelphia 76ers.

Kirilenko last played on Nov. 13 for the Brooklyn Nets before being traded to the 76ers, who waived him after last week's trade deadline.

He says in a statement that at 34, "the time has come to think about ending my career at the professional level" and that he wants to do that at CSKA.

CSKA said his contract runs until the end of this season.

Kirilenko returned to Russia once before, spending the 2011-12 season with CSKA after leaving the Utah Jazz, although he returned to the NBA with the Minnesota Timberwolves.

Kirilenko played seven games this season for the Nets, averaging 5.1 minutes and 0.4 points.