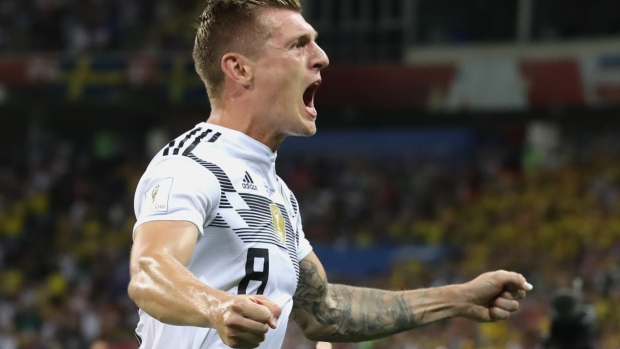 The Real Madrid midfielder is in line to make his 95th international appearance after a muscle tear ruled him out of the friendly draw with Argentina and qualifying win over Estonia in September.

Avoiding defeat against Northern Ireland should be enough for Germany to take one of the two qualifying spots.

Emre Can was also selected even though he is suspended for the Belarus game because of a red card against Estonia.