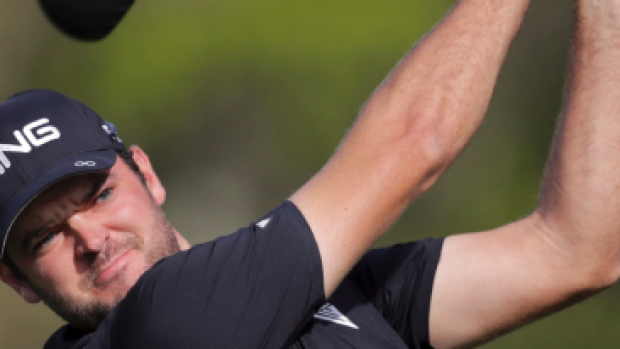 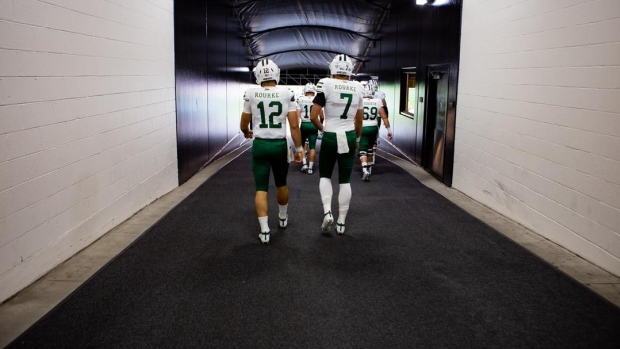 It's become a very familiar path for Kurtis Rourke.

Throughout his football career, Rourke has had to follow in the footsteps of his older brother, Nathan, and prove he was good enough and not there just because of bloodlines. That's the case now with the 20-year-old from Oakville, Ont., having succeeded his sibling as Ohio University's starting quarterback.

"I'm used to having to show people I'm not just good because of my brother," Kurtis Rourke said Thursday during a videoconference. "It gives me extra motivation to show more what I can do and all the work I've put in.

"Nothing has changed since I got to Ohio . . . I've had to prove people wrong and show them I'm here for a reason. Nothing was guaranteed at all."

In May, the B.C. Lions selected Rourke, a Victoria native, in the second round, No. 15 overall, in the CFL draft. He became the highest quarterback selection since the Montreal Alouettes took Florida's Jesse Palmer, of Ottawa, 15th in 2001.

But it's been a tale of two starts for Kurtis Rourke, a six-foot-three, 211-pound redshirt freshman. He completed 12-of-19 passes for 231 yards and two TDs in Ohio University's season-opening 30-27 loss to Central Michigan but was just eight-of-14 passing for 92 yards in a 24-10 victory Tuesday over Akron.

"It's definitely something I haven't dealt with before but it's not my decision in the end," Rourke said. "Every day, no matter whether I'm starting or if they know or not, I've got to be ready whenever they call my name."

This season there's been an abundance of Canadians excelling in the NCAA ranks. But a Mid-America Conference school with consecutive starters from north of the border at quarterback is certainly unique and only serves to further stoke the fires of a Canadian-born quarterback playing in the CFL.

"I think it's great and I love it for my country in that we're able to continue to showcase what us Canadians can do," Rourke said. "If they (Canadian quarterbacks) are good enough to play and excel at the college level, I don't see why they can't be playing in the CFL as well."

A quarterback rotation can give defences plenty to deal with but it can also wreak havoc with either player's ability to get into the flow of a game. But Rourke said he's heeding his older brother's advice and only worrying about what he can control.

"I think those are wise words from him," the junior Rourke said. "It (rotation) is a little difficult but it helps with being prepared and being ready.

"I've just got to work on myself and whatever I can control."

And be it as a starter or backup, Rourke said there's always room for improvement.

"I've always been working on my speed and agility and everything people say I lack," he said. "Also I'd say the knowledge of the offence and (opposing) defence and just getting a grasp of everything that's going on and getting used to playing.

"I think this past week I struggled a little bit getting familiar with what Akron was doing and everything we were trying to do. (Just) continue to try to get better, to be focused in meetings and studying what (opponents) are doing."

At least Rourke is playing football at a time when the sport has been shut down in Canada due to the COVID-19 pandemic. Rourke said Ohio University players are tested four times weekly but also carry the responsibility of doing their part to stay safe.

"It's definitely an interesting time ," he said. "What it's really come down to as a team, personally, is how much do you want to play football and how much do you love football?

"What we have to do is go to practice, do football, come home and try not to leave. You can't see anybody, you can't do normal things and go socialize unless you want to sit out a couple of games. It's been tough but it's what you have to do if you want to continue to play every week."

This report by The Canadian Press was first published Nov, 12, 2020.