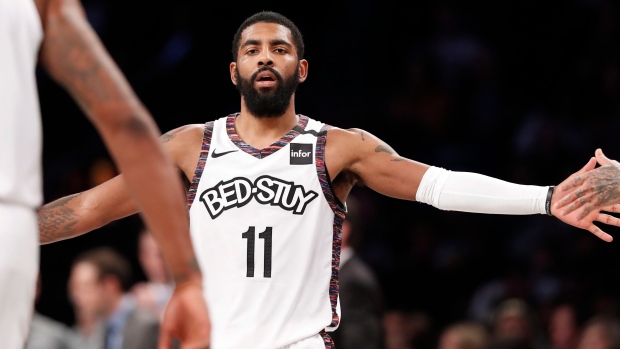 Atkinson said the Nets were choosing to be cautious because they didn't want to risk losing Irving for the long term.

Irving missed 26 games with a right shoulder injury before returning on Jan. 12 against Atlanta. He is averaging 26.5 points in his first season in Brooklyn.

Garrett Temple moved into the starting lineup alongside Spencer Dinwiddie.