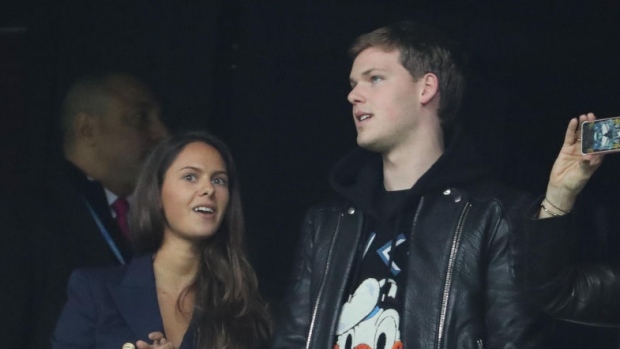 Louis-Dreyfus, who is in his early 20s, will become chairman of the League One team “early in the New Year,” subject to approval from the English Football League, Sunderland said on Thursday.

“Documentation relating to the deal has been lodged today with the EFL for their scrutiny, and the club recognizes that the EFL need to approve all aspects of the transaction and business plan going forward before any change of control," the club said. “Given the time of year, that process is not expected to conclude until mid-January."

Louis-Dreyfus’ family founded the Swiss-based Louis-Dreyfus group in the 19th century and owned Marseille for almost 20 years before selling the club in 2016.

“Many will be aware of my family connections to the industry and, in acquiring Sunderland AFC, I understand the responsibility that’s placed upon me as the custodian of the club’s future,” Kyril Louis-Dreyfus said in a statement.

Majority owner Stewart Donald had announced in July that he wanted to sell, but the club had previously declined to comment on reports that a deal was close to being completed.

Donald said he agreed to sell his controlling interest to Louis-Dreyfus despite higher offers from other bidders.

“I felt that they offered less to the club and to the community,” Donald said in his joint statement with Louis-Dreyfus. "Whereas from the early meetings with Kyril, his family and advisers, I have been greatly impressed with their knowledge and understanding, learned over a long period as owners of major football clubs in Belgium and France. I believe that experience, combined with a good plan, will provide a platform for the club to progress and I look forward to watching that progress from afar.”

The club's recent misfortunes have been documented in the Netflix series “Sunderland ’Til I Die,” which detailed the team's tumble from the Premier League, to the Championship, and finally to the third tier. Sunderland is currently 11th with 28 points from 17 games.

Louis-Dreyfus thanked Donald for his “integrity and reasonableness" during negotiations. Terms of the deal were not disclosed.

“We respectfully await the EFL’s approval for this transaction," he said. “Nonetheless it would be remiss of me at this stage not to emphasize what an enormous honour it would be for me to become involved with such a historic club, in a city renowned for its rich football culture going back to 1879.”

Robert Louis-Dreyfus was Marseille's majority owner for more than a decade until his death in 2009. Kyril's mother, billionaire businesswoman Margarita Louis-Dreyfus, sold the club to American businessman Frank McCourt in 2016.