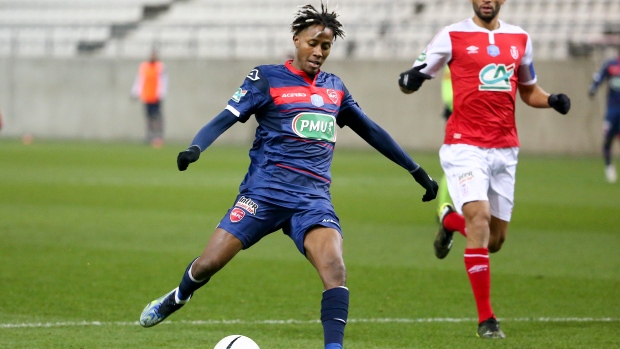 The Galaxy announced a five-year contract for the 21-year-old Cabral on Thursday.

Cabral began his pro career in Paris Saint-Germain's youth system before moving to Valenciennes FC in 2017. He has 13 goals and 10 assists in 70 appearances over the past three years for Valenciennes, which is in France’s Ligue 2.

Cabral has seven goals and five assists in league play this season, raising his profile among suitors in France and Germany. The Galaxy won the competition for his services, and Cabral joins Javier “Chicharito” Hernández and Jonathan Dos Santos as their designated players.

The Galaxy already added French winger Samuel Grandsir from AS Monaco last month to bolster their attack. Most of their off-season moves were focused on their back end with the acquisition of defenders Jorge Villafaña, Oniel Fisher and Derrick Williams.

The Galaxy had been attempting to re-sign winger Cristian Pavón as their third designated player earlier this year, but Pavón was accused of sexual assault in his native Argentina while the Galaxy were working to secure his permanent acquisition from Boca Juniors.

Cabral is classified as a Young Designated Player, which means he carries a lower maximum salary budget charge than designated players over 23.

Cabral is still in France, and he must acquire a visa and go through quarantine before he can join the Galaxy, whose season opener is April 18 in Miami. Their home opener is April 25 against the New York Red Bulls.

The five-time MLS Cup champion Galaxy have made just one playoff appearance in the past four years, finishing a disappointing 10th in the Western Conference last season.