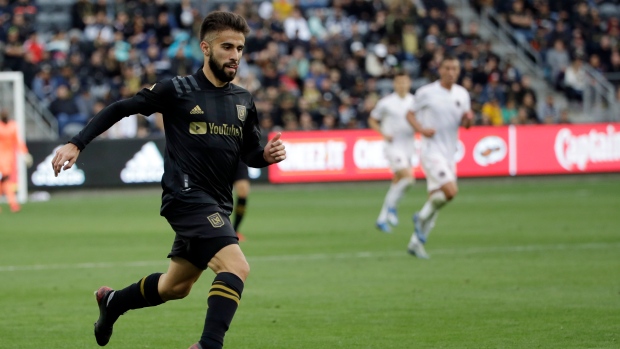 Los Angeles FC forward Diego Rossi has been named the MLS is Back Young Player of the Tournament.

Voting for the young player award was split between the media (75 per cent of vote) and fans (25 per cent).

Rossi finished with 32.27 per cent of the vote, ahead of Philadelphia midfielder Brenden Aaronson (30.75 per cent), Toronto forward Ayo Akinola (21.77 per cent) and Orlando fullback Joao Moutinho (21.85 per cent).

Rossi scored four goals and added an assist in LAFC's 6-2 victory over the city rival Galaxy on July 18. He had a goal and an assist in his team's opening 3-3 draw against the Houston Dynamo on July 13, had two goals in a 4-1 victory over Seattle on July 27 in the round of 16, and finished with an assist in the penalty shootout loss to Orlando in the July 31 quarterfinals.