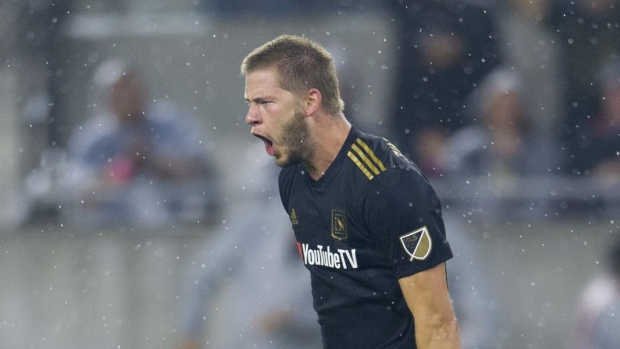 LAFC gets $600,000 in general allocation money from Nashville this season and $350,000 next season. The club will get $150,000 more in each of the next two seasons if Zimmerman meets undisclosed performance metrics.

Zimmerman has been a stalwart in LAFC's defence since its inaugural season two years ago. He was an MLS All-Star and an MLS Best XI selection last season while LAFC won the Supporters' Shield with Major League Soccer's best record.

Zimmerman has also earned 12 starts for the U.S. national team.

LAFC made the move one week before it faces Mexico's Leon in the CONCACAF Champions League.

Tristan Blackmon is likely to be Zimmerman's replacement in central defence for LAFC. The 23-year-old Las Vegas native's role has grown since he joined the club during its first season.