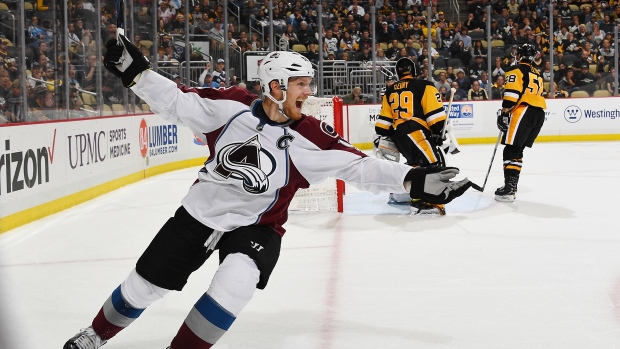 The Colorado Avalanche captain Gabriel Landeskog is hoping to stay in Denver, on March 1 and beyond.

The 24-year-old left winger has seen his name floated in rumours around the NHL’s last place club and appears to be on trade block. Still, Landeskog says his mindset has not changed and his desire is to remain with the Avalanche.

“Whether my name is floating around or not, I’m still approaching the game the same way,” Landeskog told the Denver Post on Monday. “And that is to spread energy, be a good teammate, work hard and try to get better every day. Me being in trade rumors, that’s nothing I can control.

“I want to be an Avalanche, to stay an Avalanche and be in Denver for a long, long time.”

Landeskog has scored eight goals and added six assists in 31 games this season. He has topped the 20-goal mark in each of the past three seasons.

TSN Hockey Insider Darren Dreger reported on last week’s edition of Insider Trading that the Avalanche are looking for a top-level defenceman and a first-round pick in exchange for their captain. Dreger added that the price is viewed by some teams as “outrageous.

The Avalanche selected Landeskog second overall in the 2011 NHL Draft. He was named captain of the team one year later.