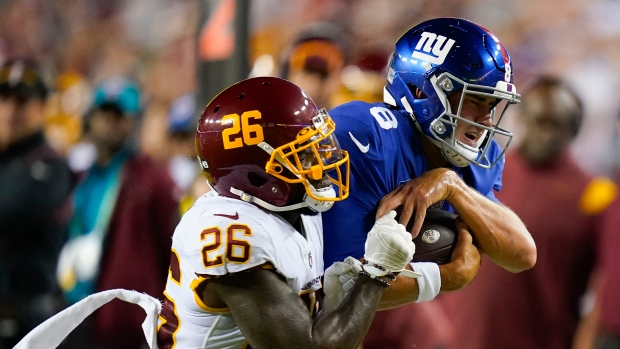 Collins, 28, spent the first four seasons of his career with the team and the last three seasons with Washington.

Free agent S Landon Collins tells me he is signing with the #Giants and is heading to London now to be around his new team, per him. @tickercominc

Collins told Anderson that he is flying to London to meet the team ahead of their game on Sunday with the Green Bay Packers.

Originally taken with a second-round pick in the 2015 NFL Draft out of Alabama, Collins has been named to three Pro Bowls and was a First Team All-Pro in 2016. He finished third in voting for Defensive Player of the Year that season.

For his career, the New Orleans native has appeared in 94 games, recording 676 tackles, 10.0 sacks and 11 interceptions including one pick-six.