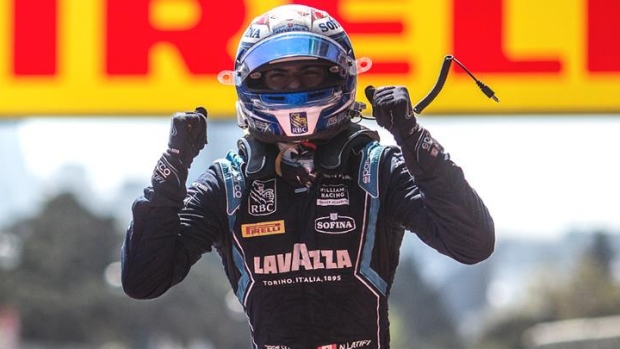 Nicholas Latifi maintained his impressive start to the 2019 FIA Formula 2 Championship by moving into the lead of the title race with a classy victory at the Baku City Circuit.

"To extend the championship lead with a win is the icing on the cake," Latifi said.

The 23-year-old Canadian qualified P7 on the grid at the challenging six-kilometre long street venue but made gains to battle for the podium places, eventually coming home in P4 at the end of Saturday’s Feature Race.

It was also a result that catapulted Latifi into the lead of the championship, but the DAMS racer was not thrilled with his own performance, given his lofty standards.

“After Race 1 I was not very happy,” he explained. “I think without any Safety Cars I would have maintained P3 but I was missing a lot of pace in the race. P4 was okay. We did a lot of analysis overnight to figure out what went wrong with my driving, you need a lot of confidence here and I didn’t have that in Race 1.”

The result earned Latifi P4 on the grid for Sunday’s Sprint Race and he quickly worked his way to the front of the pack to hold the lead.

He kept his cool through an array of Safety Car periods to pocket his second win from four races this season, moving into the lead of the championship in the process.

“Going into the race starting P4, and with the title lead, the goal was to extend it,” he said. “I was confident I’d have a pace advantage but also knew there were some fast guys around!

“Whatever the guys did overnight, I felt like a different driver, and I had so much confidence to be winning and pulling the gap. To extend the championship lead with a win is the icing on the cake.”

After the opening two rounds of the 12-event season Latifi has taken 62 points, 19 more than his nearest opponent.

“We missed a bit in qualifying, and the first race, but we came back in the second race,” said Latifi on reflection of Baku.

“We’ve got a lot of points. It’s important to build the momentum and confidence. I’m not going to say it takes the pressure off but it gives us a bit of confidence that you don’t have to try anything stupid to make up for lost points and mistakes.

“Our aim was to score points and we managed to do that.”

Nicholas’s F2 campaign is supported by Royal Bank of Canada, Lavazza and Sofina.

The next round of the season will take place at Spain’s Circuit de Barcelona-Catalunya from 10 to 12 May.