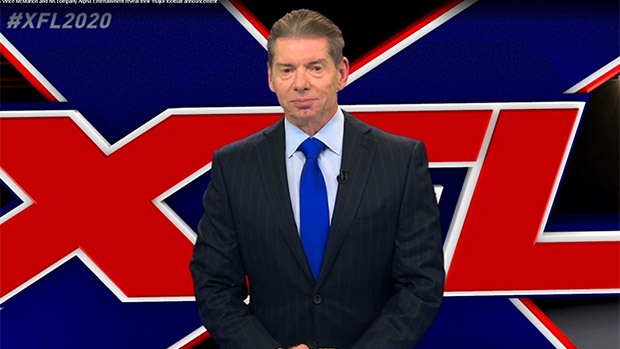 According to lawyers for XFL owner Vince McMahon, league commissioner Oliver Luck was fired due to, among other reasons, "gross neglect."

The allegations were found on Wednesday by the Sports Business Journal in Connecticut federal court filings where Luck is currently suing McMahon for breach of contract.

The XFL filed for bankruptcy on Apr. 13, four days after Luck says he received a letter of termination from Alpha Entertainment, the league's parent company.

McMahon's team claims that in the early days of the coronavirus (COVID-19) pandemic, Luck relocated from the XFL's head office to his home in Indiana and "disengage[d] from the XFL's operations."

"Put simply, at the very moment when his leadership as CEO was needed most," the filing reads, "Luck did not devote substantially all of his business time to the XFL, as required by his contract.”

On top of gross negligence, McMahon's lawyers cited Luck's personal use of a business iPhone and the signing of former Cleveland Browns wide receiver Antonio Callaway to a league contract despite McMahon's insistence that no players with a criminal history join the league, as reasons for Luck's dismissal.

In the case of Callaway, McMahon's lawyers claim that Luck's failure to immediately dismiss the wide receiver resulted in Callaway getting injured under XFL contract, which meant worker's compensation and medical costs "in excess of six figures."

Luck's contract - that was personally guaranteed by McMahon according to the filings - was to pay the former president and general manager of the Houston Dynamo $5 million per year with a $2 million bonus.

This was the second go-around for the XFL. The league originally ran for a single season in 2001.