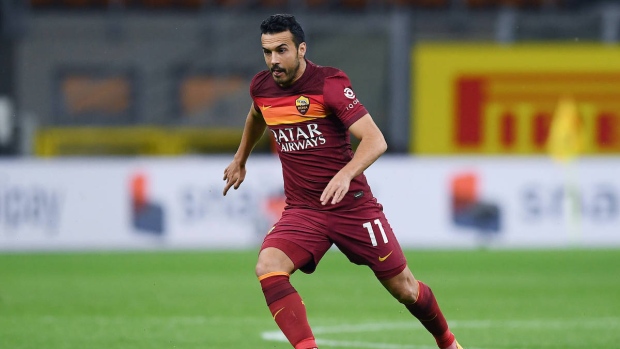 Pedro has completed one of football's rarest and most controversial moves.

The World Cup-winning forward has moved from Roma to archrivals Lazio on a free transfer and signed a two-year deal.

The 34-year-old former Spain international becomes the first player in 36 years to make the intra-Rome switch.

Pedro links up with Maurizio Sarri, his former manager from Chelsea.

A native of Santa Cruz, Pedro appeared in 40 games across all competitions for the Giallorossi last season, scoring six goals. He did not feature in any of new manager Jose Mourinho's lineups during Roma's preseason campaign, prompting the move to Lazio.

A product of La Masia, Pedro spent nine seasons with Barcelona before joining the Blues in 2015 where he played for five seasons ahead of his move to Serie A.

Pedro is one of the most decorated footballers of his generation, having won five La Liga titles, three Copa del Reys, a Premier League crown, the FA Cup, a Europa League title and three Champions Leagues. Internationally, he was a member of both Spain's 2010 World Cup and 2012 Euro-winning squads.

Pedro becomes only the third player to move directly between the two Rome teams. The last player to make the move from Roma to Lazio was goalkeeper Astutillo Malgioglio in 1985.