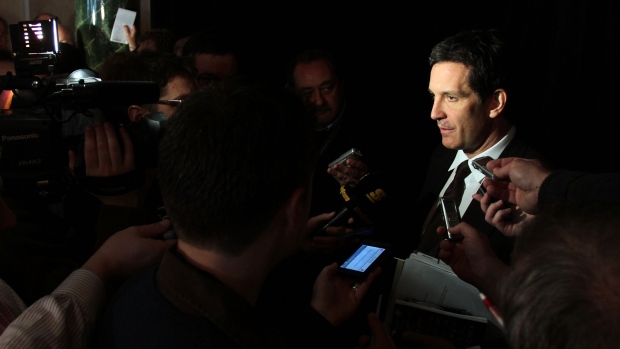 TORONTO - Changes were inevitable for the Toronto Maple Leafs after their worst season in almost 20 years. President Brendan Shanahan didn't waste any time making them.

Shanahan will discuss the changes in a news conference today that can be seen on TSN4 and TSN GO and heard on TSN Radio 1050 beginning at 2pm et/11am pt.

The Leafs also fired director of pro scouting Steve Kasper and director of player development Jim Hughes as part of an overhaul of the scouting department.

Shanahan and players are set to address the media Monday afternoon at Air Canada Centre.

Toronto was in a playoff position in early January when Nonis announced the firing of coach Randy Carlyle and subsequently replaced him with Horachek. At the time, Nonis blamed inconsistency for the firing and said he is "never worried about" his own job security.

"You make your decisions on what's best for the team and that's not going to change," Nonis said Jan. 6. "We're going to do the things that we need to do as a group in order to move this team forward."

From that day until the season ended Saturday night, the Leafs went 9-28-5 to finish 27th in the NHL. The only silver lining to that is a 9.5 per cent chance of winning the Connor McDavid draft lottery to jump-start the rebuilding effort.

Horachek's dismissal was expected. This is the second straight season he took over as interim coach (2013-14 with Florida Panthers) and was let go.

"It's evident that there's lots of changes have to happen, and the direction has to be in a different direction," Horachek said after the Leafs' season-ending 4-3 loss to the Montreal Canadiens.

In addition to Horachek, assistants Steve Spott, Chris Dennis and Rick St. Croix were fired, while Steve Staios was moved back to the front office as manager of player development.

The new GM will be tasked with overhauling a roster full of players that underperformed the past two seasons after making the playoffs in the lockout-shortened 2013 campaign. Veterans Phil Kessel, Dion Phaneuf, Tyler Bozak and Joffrey Lupul could be among those traded.