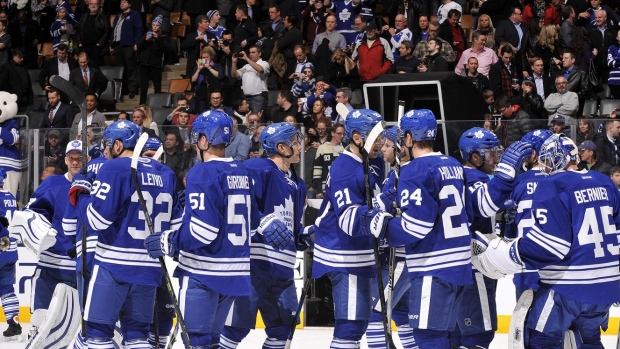 For the second straight year, the Toronto Maple Leafs are ranked as the worst sports franchise in North America.

According to ESPN's annual 'Ultimate Standings' list, the struggling NHL team is once again listed at 122nd out of 122 professional sports teams.

The rankings - which didn’t take into the CFL or MLS into account - are based on eight categories: affordability, coaching, fan relations, ownership, players, stadium experience, overall value and championship potential.

The San Antonio Spurs placed first overall for the second straight year, while the Toronto Raptors dropped to 94th overall from 74th last year and 22nd among NBA teams.

The Toronto Blue Jays are ranked 24th among MLB teams and 99th overall, though voting was completed over the summer when the team was at .500.