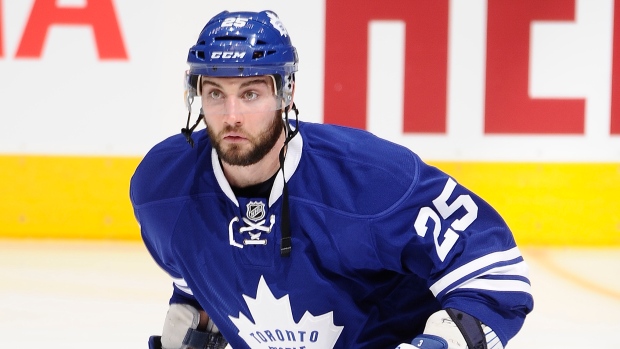 The Toronto Maple Leafs have re-signed defenceman T.J. Brennan to a one-year contract.

He won the American Hockey League's Eddie Shore Trophy (awarded to the league's best defenceman) in 2014 as a member of the Toronto Marlies.

Johnson was selected in the seventh round (202nd overall) of the 2013 NHL Draft.