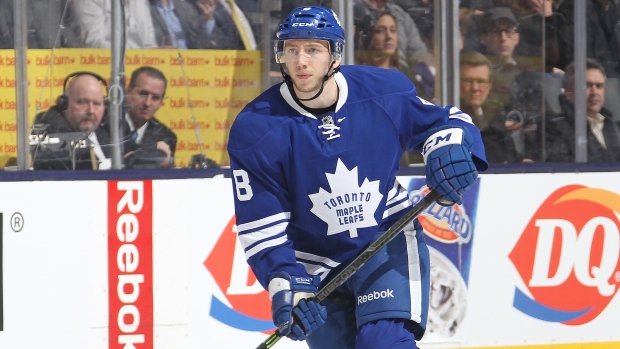 The Toronto Maple Leafs made a trio of signings on Tuesday, coming to terms with defencemen Petter Granberg and Tim Erixon on one-year contracts and forward Zach Hyman on a two-year entry level contract.

Granberg, 22, failed to record a point over seven games last season with Leafs, but had a goal and 14 assists over 53 games with the Toronto Marlies. The Swede was selected by the Leafs 116th overall in the 2010 NHL Entry Draft.

Erixon, 24, had two goals and five assists in 42 games with the Leafs, Columbus Blue Jackets and Chicago Blackhawks in 2014-15. Toronto claimed him off waivers from the 'Hawks on March 1.

Hyman, 23, scored 22 goals and added 32 assists in 37 games with the University of Michigan last season.