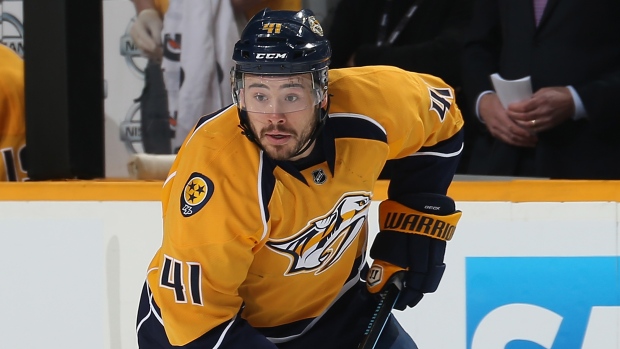 The Toronto Maple Leafs signed forward Taylor Beck to a one-year contract Monday, a day after the team acquired him from the Nashville Predators for forward Jamie Devane.

The 24-year-old Canadian netted eight goals and eight assists in 62 games with the Preds in 2014-15. He also appeared in five playoff games.

Beck was selected in the third round, 70th overall, by Nashville in the 2009 NHL Entry Draft.