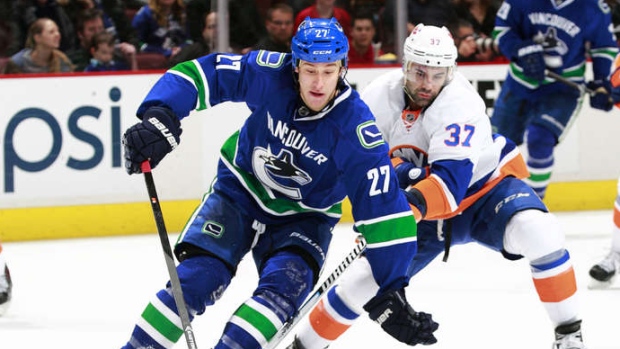 The Toronto Maple Leafs have signed forward Shawn Matthias to a one-year contract worth $2.3 million.

Originally selected in the second round (47th overall) of the 2006 NHL Entry Draft by the Detroit Red Wings, Matthias has scored 69 goals and 62 assists in 408 career games with the Canucks and Florida Panthers.

The Mississauga, Ont.-native just completed a two-year deal worth an average annual value of $1.75 million.