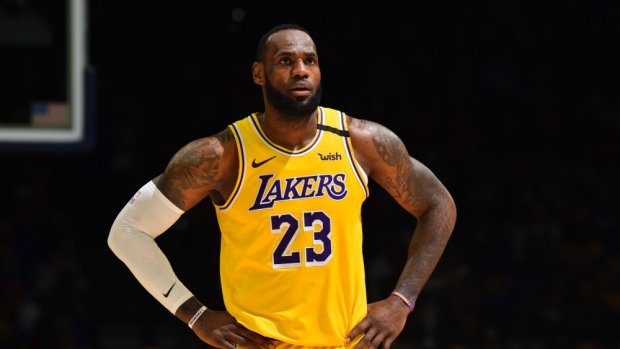 The team did not release specific details about James' injury. He played in the team's 118-109 win over rookie sensation Zion Williamson and the New Orleans Pelicans on Tuesday, scoring a game-high 40 points in 34 minutes of action.

James, 35, has averaged 25.5 points and an NBA-best 10.6 assists this season, his 17th in the NBA. The Lakers currently have the second-best record in the NBA at 44-12 and sit atop the Western Conference.

Away from James, the Lakers also announced on Wednesday that big man Anthony Davis, who is currently dealing with a sore elbow, is probable for Thursday's game against the Warriors.