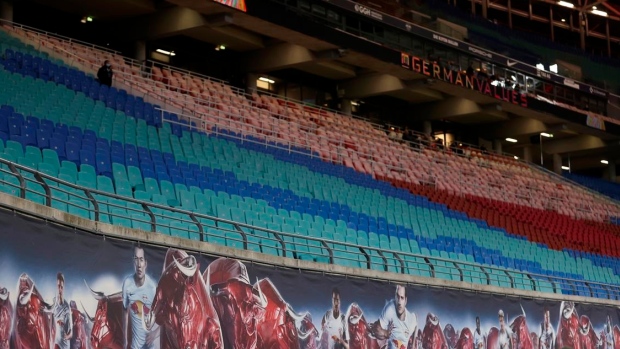 LEIPZIG, Germany (AP) — Leipzig announced the signing Tuesday of teenage forward Benjamin Šeško who will move next year from Salzburg in the latest high-profile deal between the sister clubs.

The 19-year-old Slovenia international, who stands 1.95 meters (6-foot-5) tall, will stay at Austrian champion Salzburg this season before starting a five-year contract with Leipzig through 2028. The value of the transfer was not announced.

“Benjamin Šeško is one of Europe’s best young talents and has a great amount of potential,” Leipzig technical director Christopher Vivell said in a club statement.

Šeško joins a stellar list of trades between the two clubs which were both owned by drinks firm Red Bull until 2017 when UEFA intervened over integrity concerns in the Champions League. The company retains strong links to Salzburg, including as shirt sponsor.

Both Leipzig, which placed fourth in the Bundesliga last season, and Salzburg are in the Champions League and could end up in the same group when the draw is made Aug. 25 in Istanbul.