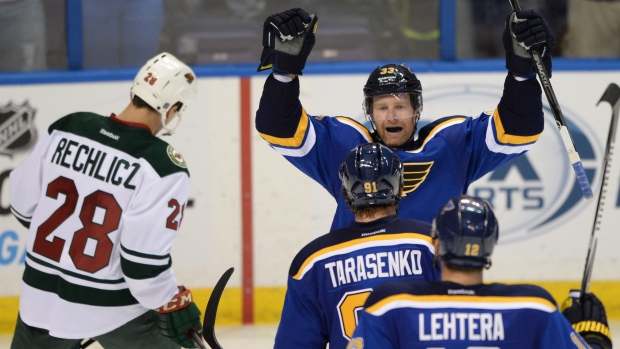 ST. LOUIS -- Jordan Leopold scored the tiebreaking goal at 5:33 of the third period, leading the St. Louis Blues to a 4-1 victory over the Minnesota Wild on Thursday night

Leopold scored off an assist from Vladimir Tarasenko, who passed it to Leopold in the right circle for a one-timer high into the net.