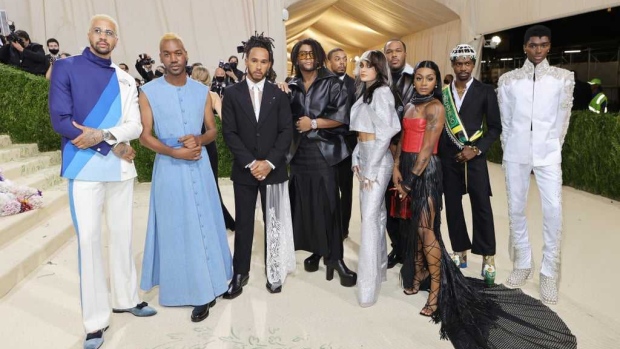 Formula One ace Lewis Hamilton, who had a terrifying crash at the Italian Grand Prix on Sunday, bounced back quickly to attend the fashion world’s biggest stage at the Met Gala in New York City.

Celebrating a theme of “In America: A Lexicon of Fashion”, Hamilton decided to use his influence at the event to showcase three designers who have particularly caught his attention in the last 18 months in Theophilio, Kenneth Nicholson, and Jason Rembert.

Hamilton is no stranger to fashion or the Met Gala, having attended six times since 2015. Typically at the Met, major fashion designers and outlets purchase tickets and tables to showcase celebrities that they’ve dressed for the event.  Individual tickets can cost upwards of $30,000 while tables are around $275,000.

To Hamilton, however, this year’s Met Gala and its enormous platform was an opportunity for him to promote a new generation of talent in his attempt to encourage more diversity within the creative industries.

“The Met is the biggest fashion event of the year, and for this theme, I wanted to create something that was meaningful and would spark a conversation,” Hamilton told Vogue, “so that when people see us all together, it will put these Black designers at the top of people’s minds.”