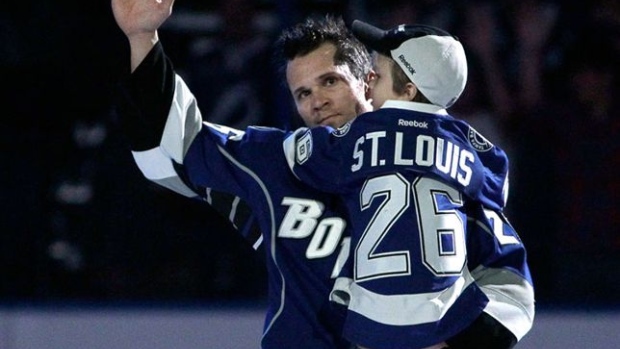 The Tampa Bay Lightning announced Thursday they will retire Martin St. Louis' No. 26 this season.

Lightning owner Jeff Vinik announced St. Louis' No. 26 will be raised to the rafters during a game against the Columbus Blue Jackets January 13th next year.

"Everyone in the organization is excited to celebrate and thank Marty for his immense long-term contributions to the Lightning's past successes and the Tampa Bay community," Vinik said in a team release. "As Marty enters his second year in retirement from the game, we believe this season is the time to hang his number from the rafters at AMALIE Arena."

St. Louis will be the first player in Lightning history to have his number retired, after having played 972 games over 13 seasons for Tampa Bay, tallying 365 goals and 588 assists.