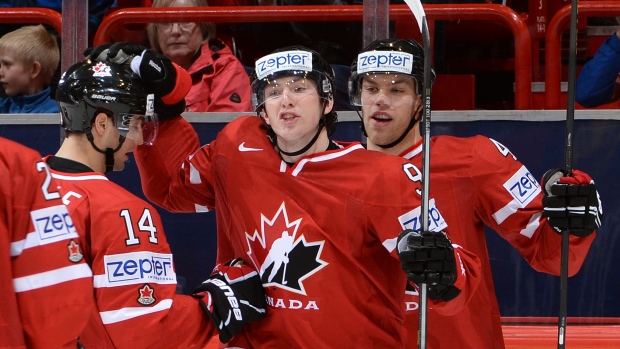 Canada's talent is beginning to line up for the 2015 IIHF World Championship.

The team prepped for Friday's tournament opener against Latvia with a Thursday practice that revealed some insight into potential line combinations.

Arizona netminder Mike Smith is poised to get the start with the Kings' Martin Jones backing up.

Friday's match is the first of seven round-robin matches ahead for Canada over a 12-day span. They will compete for one of four quarter-final spots alongside their other Group A opponents: Germany (May 3), Czech Republic (May 4), Sweden (May 6), France (May 9), Switzerland (May 10) and Austria (May 12).