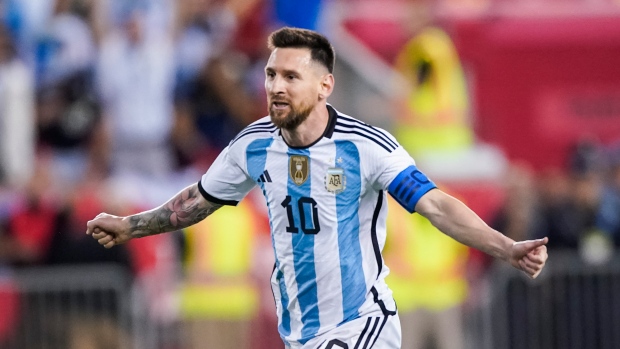 Lionel Messi concedes that next month's World Cup is his last chance to capture the one major honour that has eluded him over his illustrious career.

“This will be my last World Cup — for sure. The decision has been made,” Messi said. “I’m counting down the days until the World Cup. The truth is, there’s a little anxiety, saying: ‘Well, we’re here, what’s going to happen? It’s my last one, how’s it going to go?’. On one hand, I can’t wait for it to arrive but I’m also desperate for it to go well.”

Argentina has not won a World Cup since 1986 in Mexico. Qatar will Messi's fifth World Cup appearance. In 19 World Cup games, Messi has six goals, but he has never scored outside of the group stage. Messi and Argentina came closest to winning in 2014 in Brazil when they fell 1-0 to Germany in the final in extra time.

Messi acknowledges that while other teams might have better odds to win, don't count out Argentina.

“I don’t know if we are the favourites, but Argentina in itself is always a candidate for history, for what it means," Messi said. "We are not the favourites, I think there are other teams that are above us.”

Argentina will play in Group C in Qatar alongside Saudi Arabia, Poland and Mexico. Their first action comes on November 22 in Lusail against Saudi Arabia.