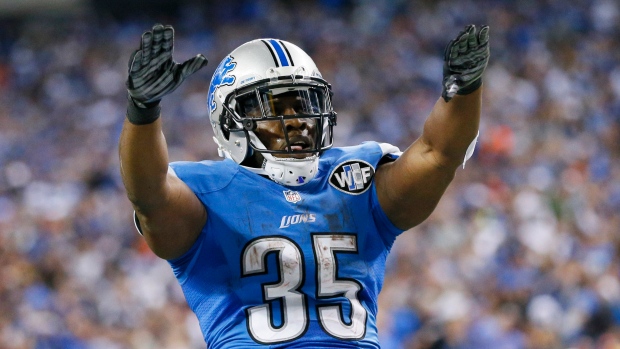 ALLEN PARK, Mich. - The Detroit Lions have activated running back Joique Bell off the physically unable to perform list and defensive tackle Haloti Ngata off the active/non-football injury list.

Both players participated in Monday's practice.

Ngata had a hamstring injury before training camp started.

Bell had surgical procedures on his knee and his Achilles in January.

Broyles was the Lions' second-round pick in 2012 and was never able to gain much traction because of season-ending injuries his first two seasons.

"He's a guy that's got talent, there's no question about that," Lions coach Jim Caldwell said.

"The guy had some injuries early on, got himself healthy and competed. There's a lot of good competition and there's only a small opportunity to make it happen. So the other guys were able to demonstrate a little bit better than he did at this particular point in time. But obviously, the jury's not out on him. I think you'll see him land on his feet and do quite well."

Broyles tore the anterior cruciate ligament in his left knee in his senior year at Oklahoma and then tore his right ACL his rookie season.

After recovering from the second ACL injury, Broyles suffered a ruptured Achilles tendon.

In three seasons with the Lions, Broyles finished with 32 carries for 420 yards and two touchdowns.

During the first three preseason games, Broyles did not get a lot of snaps and it became evident that he was not likely to be among the wide receivers the Lions would keep.

The Lions' roster is at 78 players so there will be more cuts before Tuesday's 4 p.m. deadline to reach 75.

NOTES: LB Kyle Van Noy, who did not practice last week because of an undisclosed injury, was participating in individual drills that were open to reporters Monday. "I feel blessed to be able to get back on the field," Van Noy said. "It's a start." DE Ezekiel (Ziggy) Ansah and TE Eric Ebron, who missed time last week, also practiced. LB DeAndre Levy remained out of practice with an undisclosed injury. Also not practicing were OG Larry Warford, DT Caraun Reid and CB Alex Carter.