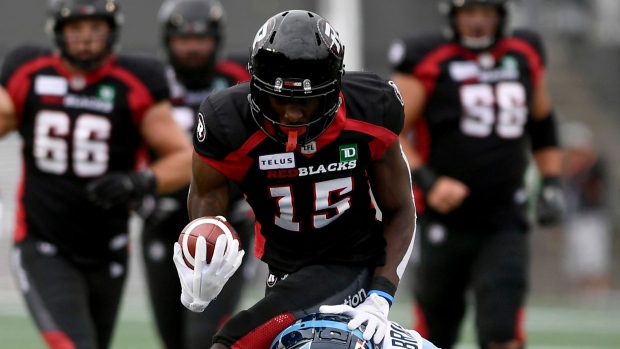 According to TSN's Farhan Lalji, Rhymes will make $95,000 on his deal with the Lions, who are not out of the mix for free agent Derel Walker.

Rhymes will make 95k so that does not take the #BCLions out of the mix on Derel Walker. @CFLonTSN @TSN1040 https://t.co/gCuXxxUpIg

Rhymes, 26, joins the Lions following three CFL seasons with Ottawa, where he appeared in 36 regular season games and helped the Redblacks reach the 2018 Grey Cup final.

His most productive season came last season, with 65 receptions for a team-leading 1,056 yards and five touchdowns.

A native of Miami, Rhymes played three seasons at Florida International and caught 27 passes for 305 yards in 32 games.

He transferred to Murray St. for his senior season and hauled in 12 passes for 190 yards and a touchdown in four games.