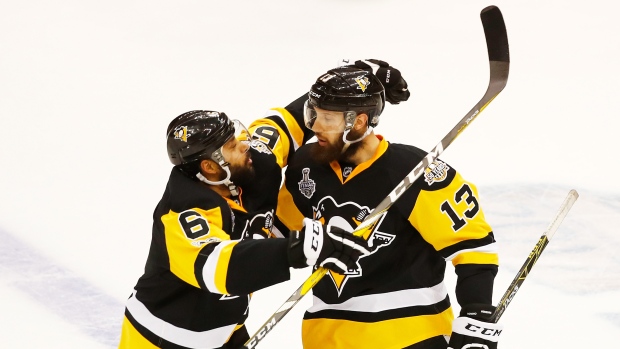 Teams are permitted to now make contact and discuss parameters of a potential deal, but new contracts cannot be signed until Noon ET on July 1. (Wink, wink)

With the 2017-18 salary cap upper limit set at $75 million, up $2 million from last season, nearly every team except from the Blackhawks has at least $3 million in salary cap space before taking care of some of their own restricted free agents, according to CapFriendly.com. Three teams (Arizona, Carolina and Buffalo) will need to spend approximately $6 million to get to the $55.4 salary cap floor.

Two players - T.J. Oshie and Kris Russell - re-signed with their clubs for a total of $62 million, taking two sought after players off the market.