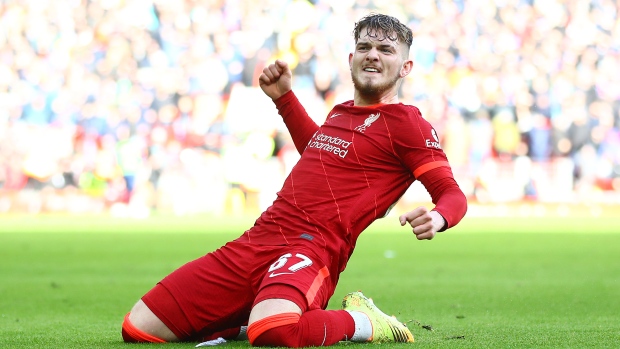 Harvey Elliott has a new deal with Liverpool.

The club announced a contract extension for the player on Thursday that will take the 19-year-old attacking talent through 2027.

Elliott had signed his latest contract with the club just last year.

"There is nothing in this world that makes me more happy and more excited than this," said Elliott. "It's always nice to know that I'm going to be here for many more years, which is always a great thing with it being my boyhood club."

A product of the Fulham academy, Elliott signed for the Reds in the summer of 2019 after just having made his senior debut for the Cottagers.

He returned to Liverpool last season following a loan spell with Blackburn Rovers in 2020-2021. Elliott only made seven league appearances last season, sidelined for much of the campaign through injury.

Elliott came on as a second-half substitute last weekend in Liverpool's season-opening draw with Fulham.